The San Diego Division holds monthly meetings and events every 2nd Saturday at 1 pm. These include quarterly Meets (February, May, August, November) which may include Show & Tell, contests, Clinics, auctions, swap meets, Bingo for Trains, raffles and food. Typically there is a Swap Meet and BBQ at our Summer Meet. On the off months, a Layout Tour (open house style) is offered. For your information, instead of calling our meetings, "Meetings", we call them "Meets".

More details will be published when available.

The main convention with registration information web site is here online. We urge you to book as soon as possible to save your space for the convention. 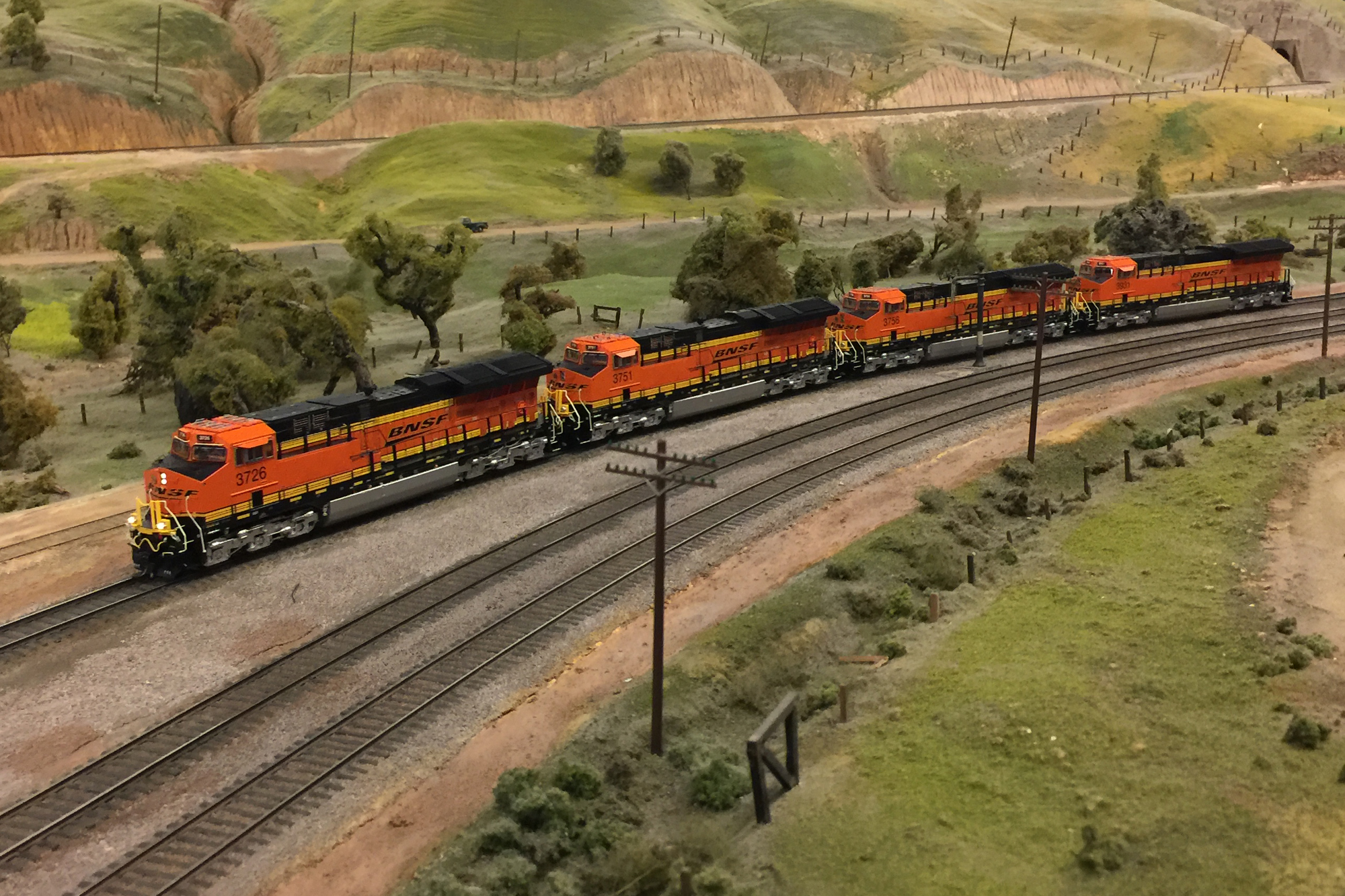 The February in-person Winter Meet has been about 90% finalized. The Winter Meet will have a Silent Auction, Show & Tell and two clinics (workshops). The Division will also be providing snacks and drinks for everyone. The snacks will be in individually wrapped packets. (Unfortunately, we will not be having our usual potluck this month due to Covid.)

The March in-person Meet is Steve Bradley's HO and HOn3 layout tour on March 12, 2022 from noon-3:00 p.m. The location of the layout tour will be emailed to San Diego Division members several days before the event.

The members of the San Diego Division have a special invitation to visit Bob Treat's Snow Creek Railroad and Open House in late March.

The April in-person Meet is a layout tour will take place on Saturday, April 9, 2022, from noon-3:00 p.m. Please remember to wear a mask for this Meet. The location will be emailed to San Diego Division members several days before the event.

The in-person Spring Meet will have lots of activities, including a Hobo Auction, Show & Tell, Lunch, a layout tour, Clinics and door prizes.

We do not have a physical office, permanent meeting room or layout. Each month, we meet at various locations throughout San Diego County. With the exception of during a pandemic, we hold virtual meetings.