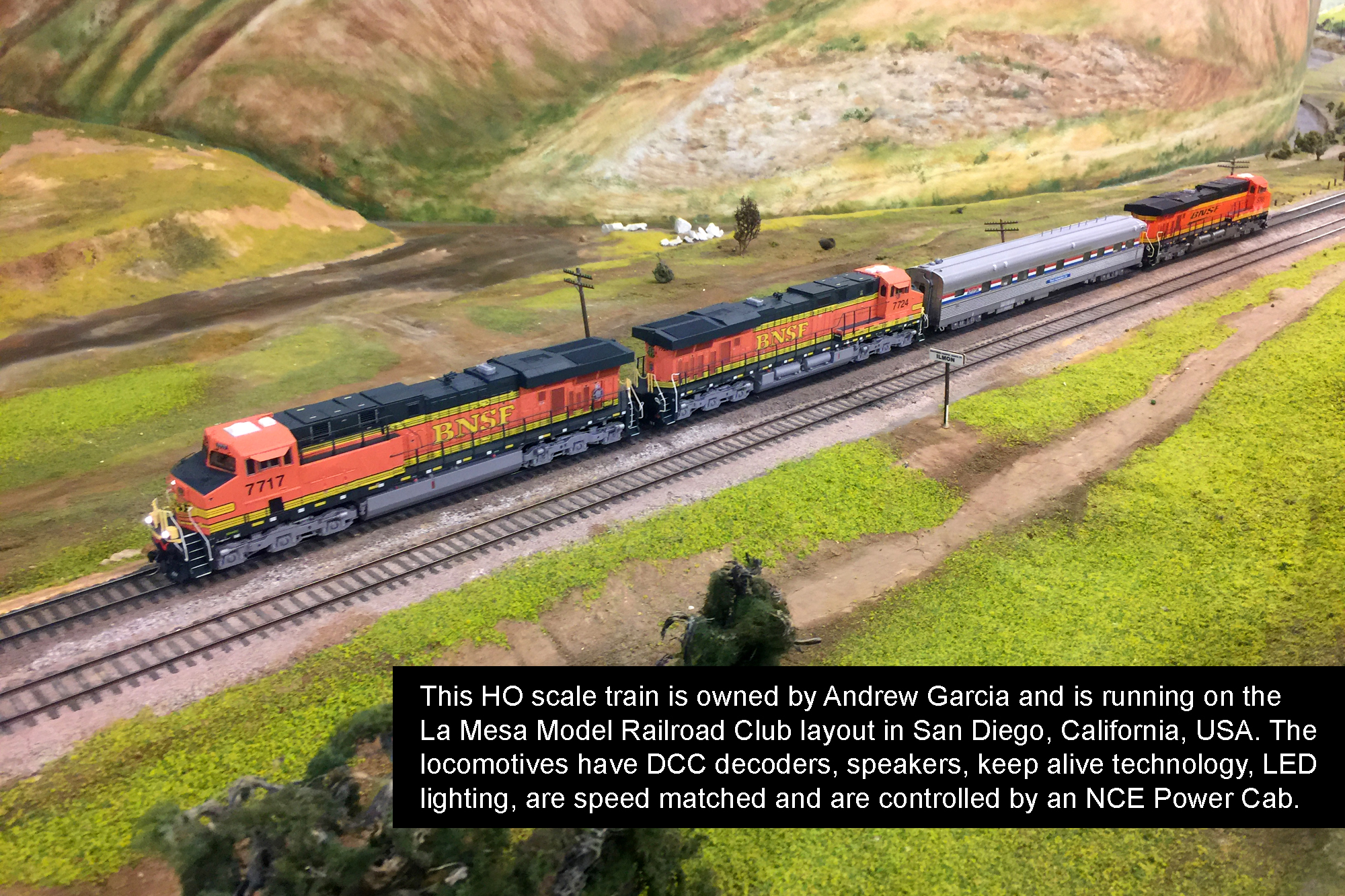 About the San Diego Division

The San Diego Division of the Pacific Southwest Region (PSR), of the National Model Railroad Association (NMRA) is a group of model railroad enthusiasts holding monthly meetings every 2nd Saturday of the month. One of the many benefits of joining the NMRA is learning about the model railroading hobby. We welcome new members to join the NMRA and be part of the San Diego Division. Our first meeting was held in December 1955.

The National Model Railroad Association is a world-wide organization with over 18,000 active members, associates, families and clubs dedicated to the hobby of scale model railroading in all its facets, helping to educate its members in modeling techniques, to learn more about the hobby and to meet others with your same interest. The National Model Railroad Association also develops standards for scale model railroad equipment for model railroad manufactures, to facilitate the interchangeability and operation of equipment between modelers, clubs and others.

We have a diverse group of members, modeling many different railroad scales, using multiple types of power sources, controllers, some having home layouts and some holding regular operating sessions on their layouts. We also have members who have a stronger interest in the modeling aspect of the hobby, such as making buildings and scenes, with a slightly lower interest in trains and layouts. Our members are also rail fans of the real railroads and enjoy learning about past and current railroads, taking pictures of videos of trains, and traveling on trains.

Mission Statement
The Mission of the San Diego Division is to foster the model railroading hobby through our monthly meetings and activities, to advocate and teach good modeling techniques and standards, be supportive to members new to the hobby, hold contests, promote the Achievement Program and Master Model Railroader® programs, participate in informal rail fanning trips, encourage the comradery of model railroad enthusiasts and to have fun with the hobby.

Vision Statement
Our Vision is to help foster the growth and interest in model railroading in the San Diego Division for generations to come. To increase the enjoyment of the hobby through education, NMRA standards and good modeling techniques for our members which ultimately leads to new friendships among fellow model railroad hobbyists.

The San Diego Division holds meetings every 2nd Saturday of the month, has quarterly "Meets" (February, May, August, November), attends layout tours, has an annual BBQ, an annual holiday party, has swap meets and participates in other activities. We call our meetings, "Meets".

Our Quarterly "Meets" Include Some of the Following Items 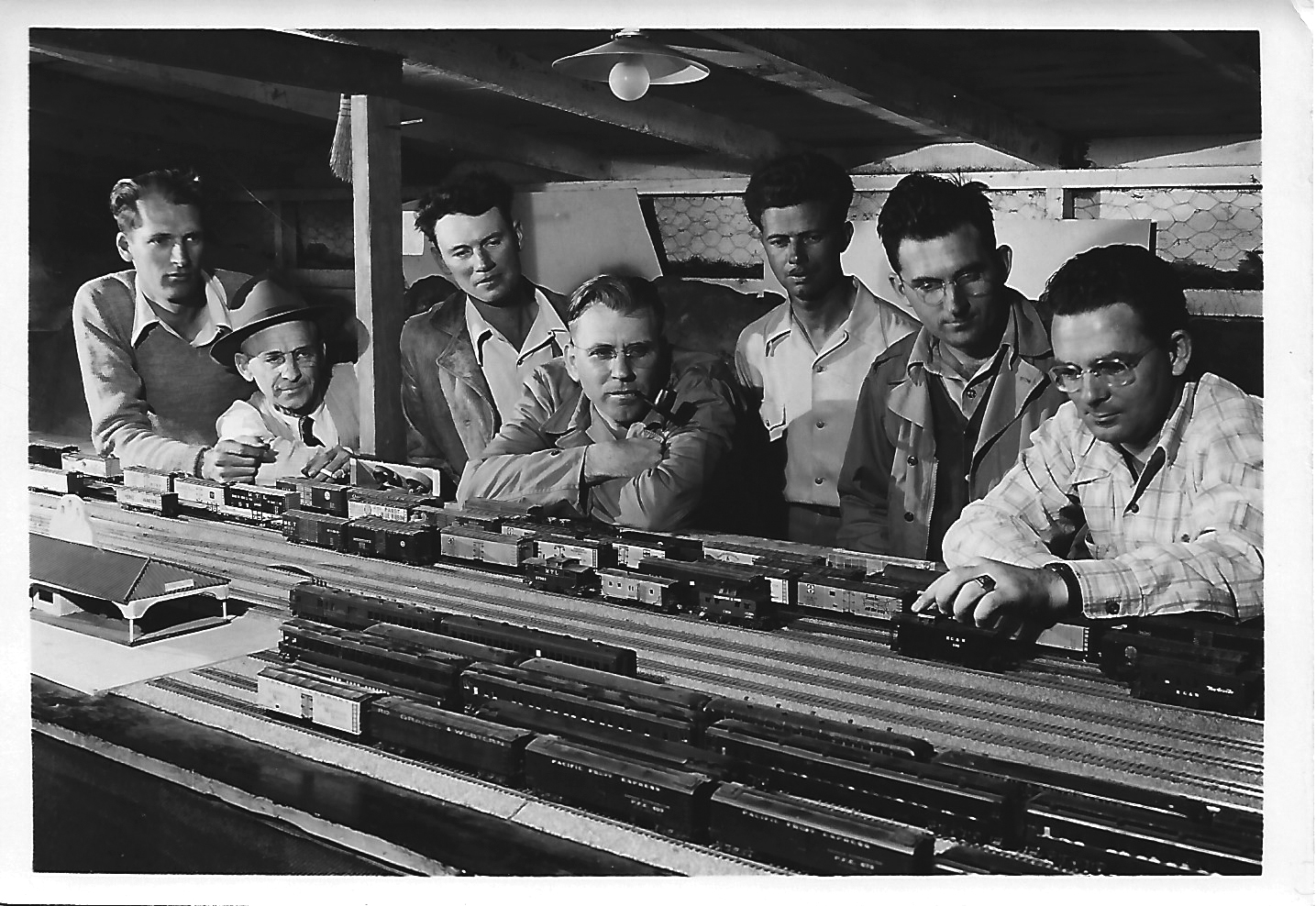 The National Model Railroad Association (NMRA) was formed in 1935 (in Wisconsin, USA, with its current headquarters in Tennessee) and during its early years, the NMRA did not have regions. For the first nine years of the NMRA, members lived in many areas across the United States, but most of the membership was clustered in the northern mid-west and the east coast. Therefore, for members on the west coast to travel to national events, one had to travel great distances to be part of NMRA meetings and events.

Then due to World War II travel restrictions and west coast members wanting to make it easier to travel to NMRA events, they proposed to divide the NRMA into regions. In January 1943, west coast members created the first region of the NMRA called the Pacific Coast Region. It's formal constitution being adopted in June 1944.

Seeth L. “Corky” Thomson of San Diego (in Pacific Beach) was appointed the first Superintendent of the San Diego Division. While it existed in name, the San Diego Division was not truly organized and didn’t hold its first meeting until December 1955. At this meeting, George Walsh was elected Superintendent and Charles Underhill was elected Chief Clerk and it was agreed to hold the annual business meeting in March and two other social gatherings during the year. In late 1954, a constitutional amendment was approved creating Division VI to be comprised of the entire State of Arizona.

Some of our model train convention names (held every four years) in San Diego:

Fast forward to 2020, and the San Diego Division is a very active Division of the National Model Railroad Association. We hold 12 meetings or events each year. We also have a very talented and diverse group of model railroaders who also enjoy rail fanning. Our members model in multiple scales and many have completed multiple categories in the NMRA Achievement Program and have won the coveted NMRA Master Model Railroader® title.

When the Coronavirus pandemic began to quarantine the entire world in late March and early April of 2020, our Division had a hiccup in holding our regular monthly meeting and our April 2020 meeting was cancelled. However, our leadership quickly got Zoom meetings up and running. Since May 2020, have held very successful meetings (and planning meetings) through Zoom and look forward to using this technology for, most likely, every meeting in the future. Our first in-person meeting, since the 2020 Covid-19 pandemic began was held in August 2021.